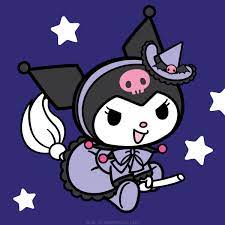 A short 'n sweet description of Neopets many celebrations of Halloween! Take some candy while you're here, no? 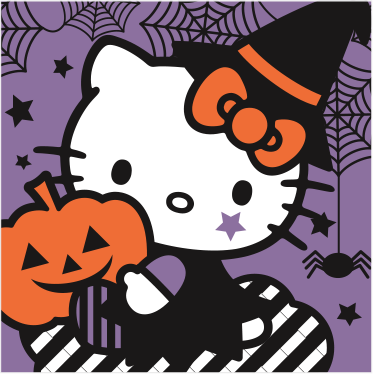 Neopets hosts a site-wide event every year for Halloween, where users are invited to solve clues around the site that lead to different locations. Once they find the correct page(s) at these locations, they usually recieve some sort of goodie bag with items inside*. Many users collect either the bags themselves, the items inside or anything Halloween themed!

According to JellyNeo, a source for all Neopets facts and news, all of the goodie bags "[have] a few prizes exclusive to the bag mixed in with items found elsewhere in Neopia." This means that exclusive items cannot always be guaranteed to be recieved, leading to a higher level of demand for said items.

There is also an exclusive Halloween "site theme" that changes the overall appearance of Neopets.com's webpages. This can be recieved by refreshing ANY Neopets page on October 31st at 11:59 pm NST (Neopian Standard Time, aka U.S. Pacific Time. There are also multiple avatars that can be collected that are themed around Halloween, although none of these are given out SPECIFICALLY on Hallowen.

Neopets also has a dedicated "Halloween" colour that pets can be painted. This changes their appearance, giving them a look usually visually similar to different popular Halloween costumes. Alongside this are the "Mutant", "Transparent" and "Ghost" colours, each relatively self explanatory.

Example of a Halloween Neopet, an Ixi. 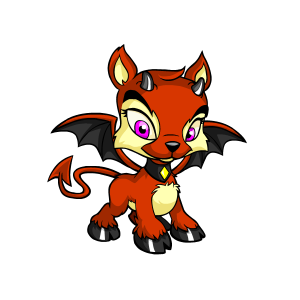 Example of a Halloween Goodie Bag featured on Neopets:

There are also multiple 'spooky' items, lands and pets on Neopets, with it being a common theme among designs made for the website. These images never take on the appearance of actual gore, aside from VERY early content (one game, made during the 90s, has you solving a Murder Mystery involving actual site admins/moderators being killed!) so as to continue Neopets.com's known 'child-friendly' and safe image among families.

One such area within Neopets is the Haunted Woods, one of the lands of Neopia (the planet Neopets is set on). The Haunted Woods are described as "a mysterious land where few brave souls dare to go", and includes child-friendly imagery of ghosts and hauntings. 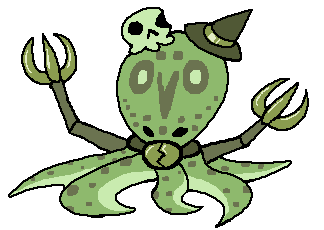